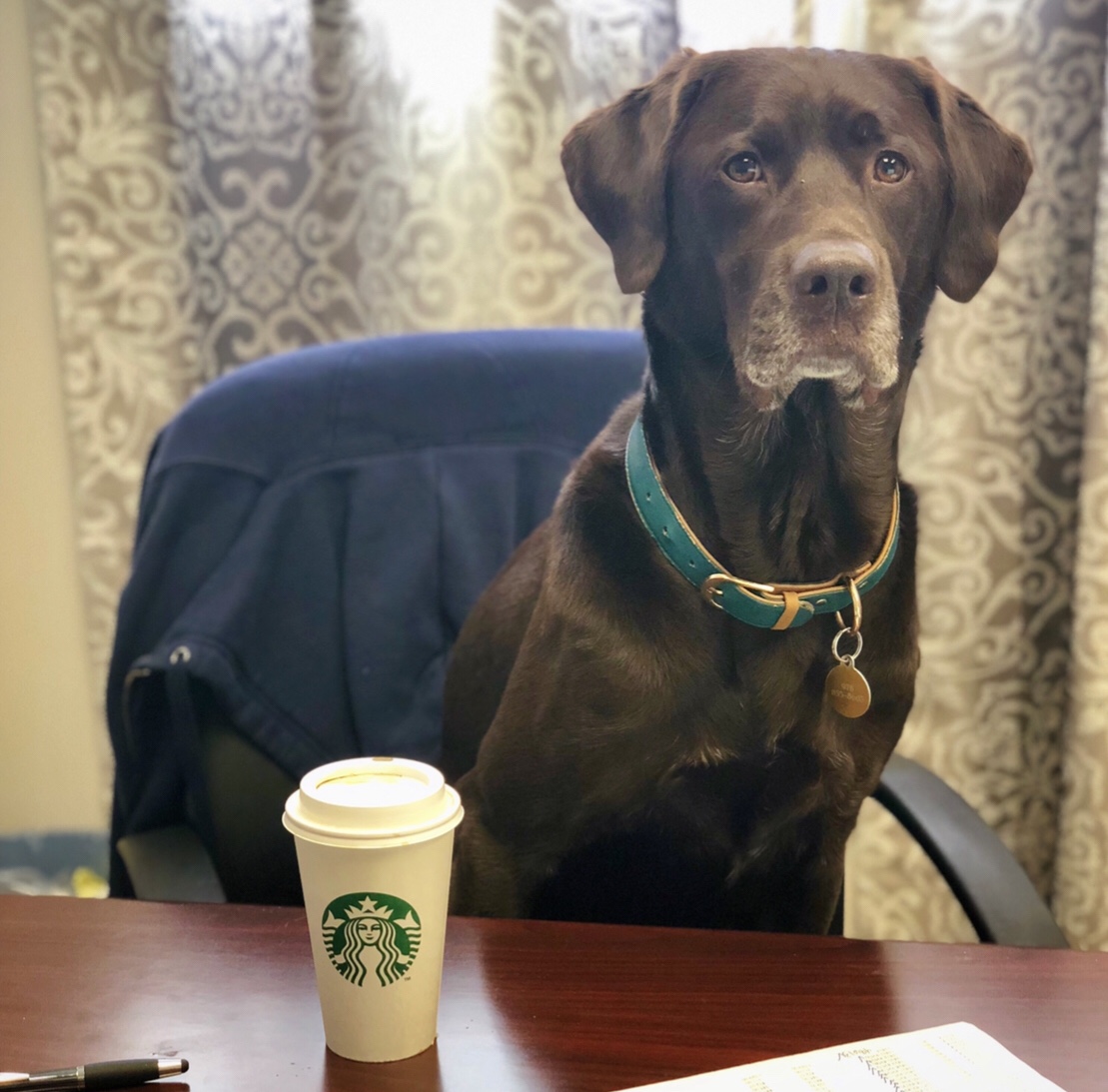 Charlie always had a way of forcing people to love him. At work he had his boss (grandfather) who always gave him his job back no matter how much mischief he caused. His lunch buddy and playmate who always shared his pizza crust, and threw the ball for him in the hallway. And he had Lexi. Whenever she came in he would shove his nose in her jacket pocket, and not let her go until he found the treat that was always there. He would go stand by the doors in the room where she worked until someone opened them for him, so he could break in to all the drawers where he knew she kept the treats. Charlie loved Lexi, and Lexi loved Charlie. But at home she had her own love. Jace.

Back in March Jace had a bump. Every dog lovers worst nightmare. In most cases lumps and bumps are fine, so you try and stay positive. “I’m sure it’s nothing.” … but Jace had Lymphoma.

I try to never tell people “I know how you feel” because we never actually know what a person is feeling, but in this case it took me back to everything I felt when I heard that news about Charlie. I was scared, empty, broken. So I could only imagine what she must of felt.

With Jace’s age, chemo wasn’t the best option. Lymphoma is not painful until the end, So she kept him comfortable. A few weeks later he let Lexi know it was time. It’s funny how dogs do that, isn’t it? You hold on to every ounce of hope until all of a sudden they somehow let you know that they’re ready, and while your heart is breaking and you feel like life will never be ok again- you also feel a sense of peace because you know that this is the right thing.

When it comes to dog moms, Lexi is one of the great ones. In early May she asked for my honest opinion on getting another dog. I told her she would never replace Jace, but if she has a big enough heart to share with another dog, it was never too soon. ..and I honestly believe that. There is no timeline. Some people need years to open up their hearts and some people need days. Both are ok! Both are their own way of healing. Lexi found Nena, and it couldn’t of been a more perfect match!

At the end of May Nena found her furever home with Lexi. Jace’s memory is strong, but the new adventures for Nena awaits.